The Federal Bar Association Indian Law Section is proud to announce that Professor Eric Eberhard and Heather Kendall-Miller are the 2018 recipients of the Lawrence R. Baca Lifetime Achievement Award for Excellence in Federal Indian Law. 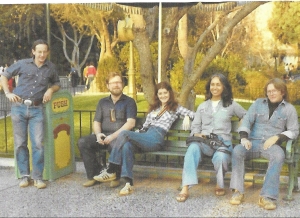 Eric and Heather will be honored at two luncheons on April 5 and 6, 2018, respectively, at the Federal Bar Association’s Annual Conference on Federal Indian Law at the Talking Stick Resort, on the Salt River Pima-Maricopa Indian Community near Scottsdale, Arizona.

Eric has advocated for American Indian rights for over 45 years.  Having started his tribal legal career at DNA Legal Services in Window Rock, Arizona in 1973, he went on to serve as the Executive Director of the Navajo Nation’s Washington, DC office; Staff Director and Counsel to the U.S. Senate Committee on Indian Affairs; Chair of Dorsey & Whitney’s Indian and Gaming Law Practice Group; and now Affiliate Assistant Professor at the University of Washington School of Law.

Heather (Athabascan) has advocated for Alaska Native rights for over 25 years.  After clerking for the Alaska Supreme Court and working as a Skadden Fellow and staff attorney for the Alaska Service Corporation, she joined the Native American Rights Fund, where she has worked since 1994.  She argued Alaska v. Native Village of Venetie before the U.S. Supreme Court in 1998.  Heather received her J.D. from Harvard Law School.

Note: Archival photos of Eric, at DNA Legal Services in the 1970s, and Heather, with Billy Frank, attached