Link to the announcement here

TOGETHER WE ARE STRONGER:

Ending Violence Against Indigenous Women as a Step Towards Empowerment

Join us to recognize, strengthen, and honor the global movement to end violence against indigenous women.

• Learn about barriers to safety facing American Indian and Alaska Native women in the United States, and their successes in restoring indigenous sovereignty to address violence against women.

• Learn about the grassroots movement to stop the trafficking of indigenous women in the United States.

• Learn about the spectrum of violence facing Mayan women in Guatemala and their strategies of resistance. 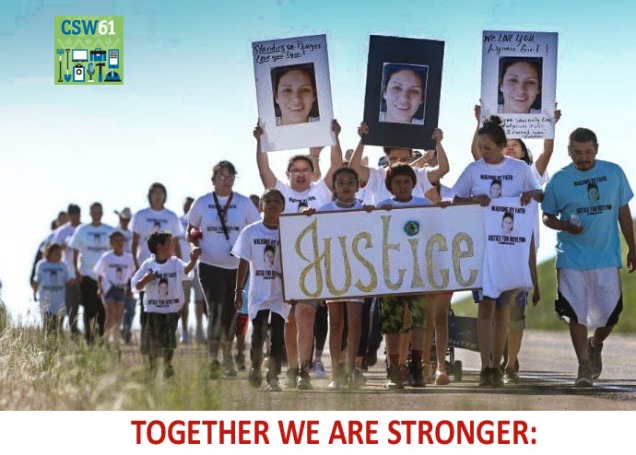