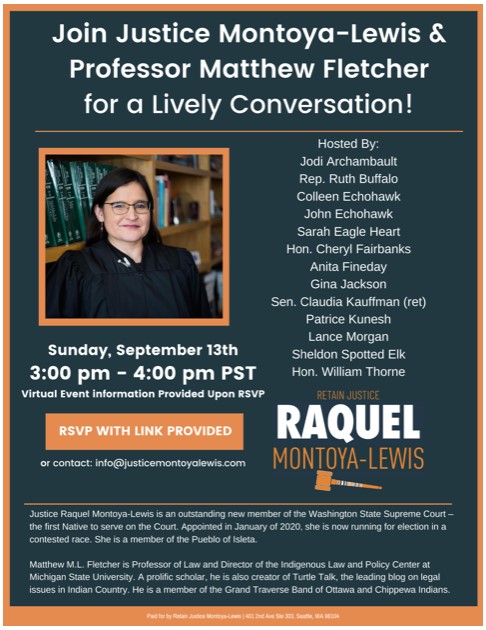 The opinion is here:

It is a long opinion with a lot of history, and information. Friend of the blog Sandy White Hawk is featured extensively. There are important law review articles and social science articles cited.

Importantly for future cases, the Court held “We hold that a court has a ‘reason to know” that a child is an Indian child when any participant in the proceeding indicates that the child has tribal heritage.”

The Indian Law Clinic at MSU represented the Tribes in this case, along with the Center for Indigenous Research and Justice.

(To be clear I am Very Excited about this and it is a Big Deal.)

Here is the text of the letter:

To Whom It May Concern,

Justice Montoya-Lewis’s experience as a Judge for the Lummi Nation, Nooksack Tribe, and Upper Skagit Tribe have afforded her an in-depth understanding of both tribal law and federal Indian law, which is essential to understanding the limitations of Washington State law plays in Indian Country.  This experience makes Justice Montoya-Lewis uniquely qualified to recognize and uphold the Treaty and other inherent rights of the 29 sovereign Native Nations whose peoples have always lived in the lands now called Washington State.

Justice Montoya-Lewis clearly has the legal mind and acumen needed for the job, but more importantly she has the heart and compassion that our society needs from state judges.  On July 10, 2020, Justice Montoya-Lewis read aloud the Supreme Court’s decision to vacate its 1916 conviction of an enrolled Yakama Member, atwai Alec Towessnute, for exercising his Treaty-reserved fishing rights on the Yakima River.  Speaking truth to our experience as Native Peoples, Justice Montoya-Lewis correctly observed that injustices like the Towessnute conviction “continue to perpetrate injustice by their very existence.”

Here is the order in State of Washington v. Towessnute: 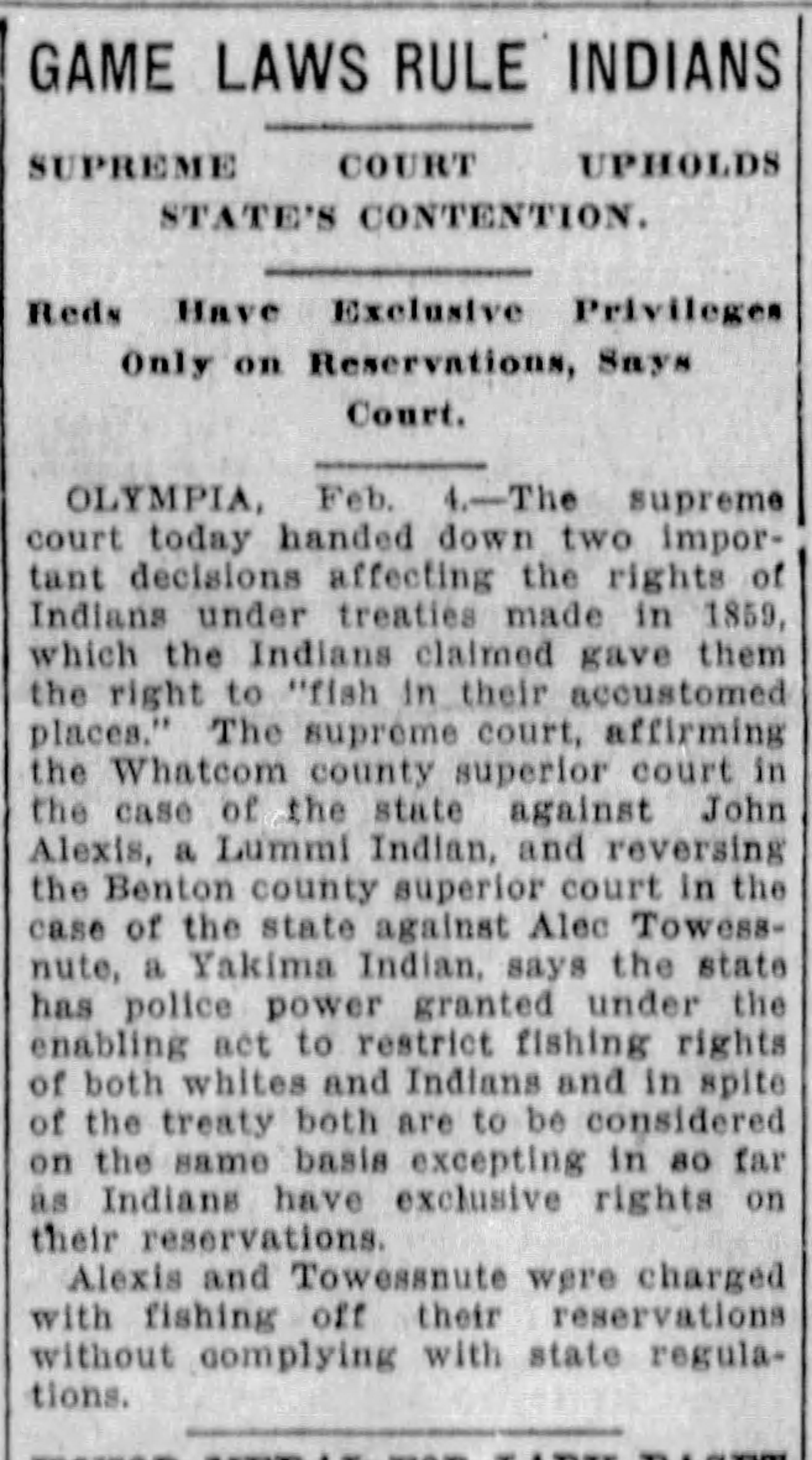 ICWA was thereafter applied to the case, but the damage was done — the children were placed in foster care without the normal protections the law would have offered them. Now, the Central Council of Tlingit and Haida Indian Tribes of Alaska are challenging the decision in the Washington State Supreme Court. If the court’s decision is upheld, advocates say the case could significantly weaken the use of ICWA in Washington by raising the bar for what qualifies as a “reason to know” that a child is “Indian” in the eyes of the law.

Kathryn Fort, director of Michigan State’s Indian Law Clinic, who is arguing on behalf of the tribes in the case involving Greer and Graham, says that it shouldn’t be so difficult. The burden of checking in with a tribe is low, she says, but the outcome has immense implications for the family, children and tribe.

Here is the opinion in Confederated Tribes and Bands of the Yakama Nation v. Yakima County: