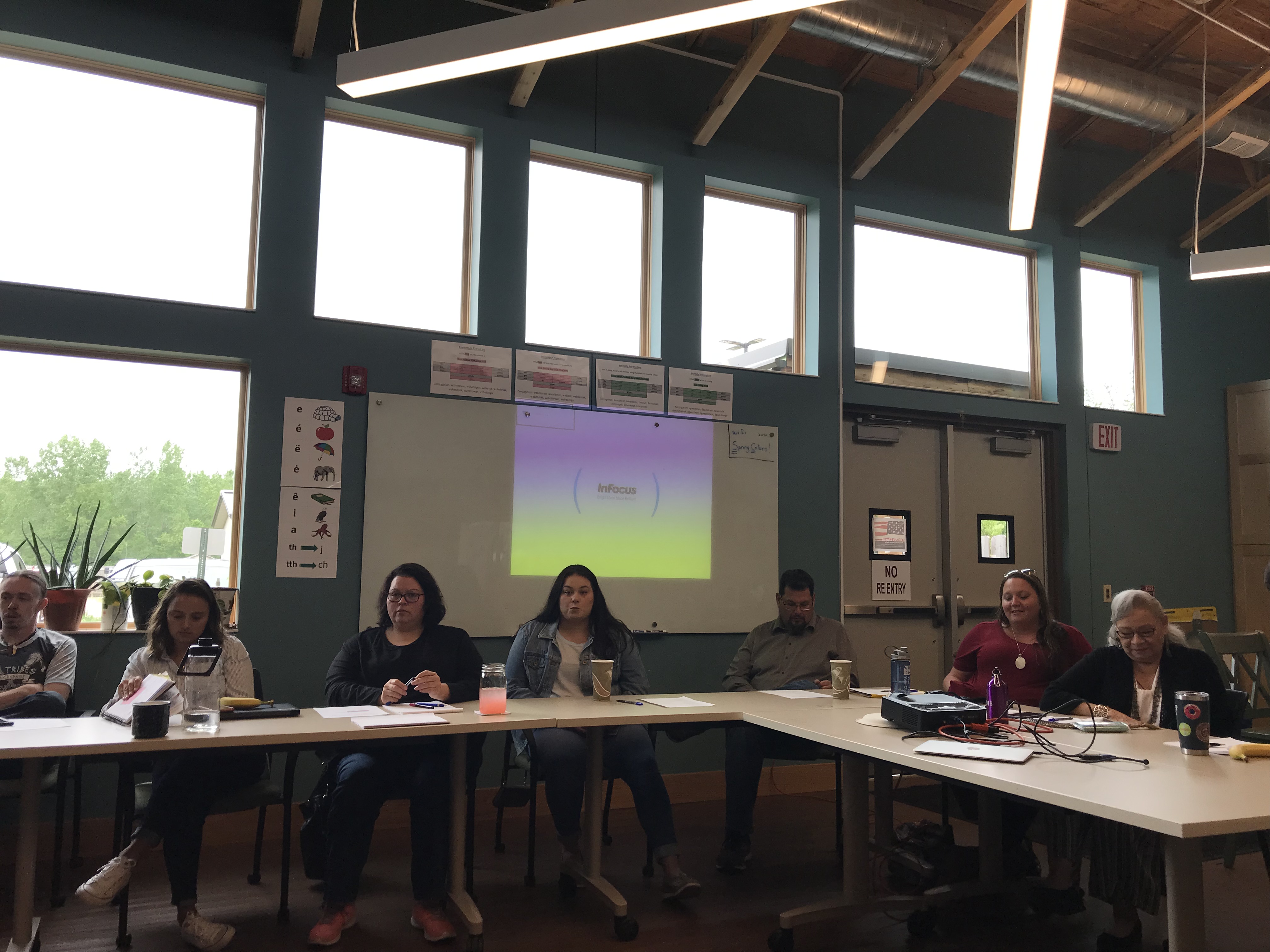 From the press release:

The National Council of Juvenile and Family Court Judges (NCJFCJ) announced two honorees of the 3rd annual Justice Innovation Awards recognizing the national Innovator of the Year and the Impact of the Year recipients: the Honorable Timothy Connors of the 22nd Circuit Court in Washtenaw County, Mich. and the Latin American Youth Center in Washington, D.C. The honorees were recognized at the NCJFCJ’s 80th Annual Conference highlighting informative presentations on current and cutting edge topics that inspired, provoked and precipitated discussions about issues facing the juvenile and family court system.

The Innovator of the Year Award honors an active, in-good-standing NCJFCJ member who has inspired, sponsored, promoted or led an innovation or accomplishment of national significance in juvenile justice, child abuse and neglect, family law and/or domestic violence. The Impact of the Year Award recognizes, from the Annual Conference-host state (Washington, D.C.), an individual, state/local court, law firm, advocacy group or service provider who has been instrumental in leading or implementing significant improvements or innovations which advance the mission of the NCJFCJ.

“It is our privilege to recognize the outstanding work of both Judge Connors and the team at the Latin American Youth Center,” said Judge Anthony (Tony) Capizzi, NCJFCJ president. “We honor their tireless commitment to improving the lives of children and families, especially those in our justice system. We hope that we can continue to raise awareness of the core issues that affect our nation’s families.”

Judge Connors serves as co-chair of the Michigan Tribal-State-Federal Forum, instrumental in drafting the Michigan Indian Family Preservation Act. In 2013, he was awarded a grant by the Michigan Supreme Court to determine whether tribal peacemaking values and practices could be implemented in a state court system. As presiding judge of the Washtenaw County Peacemaking Court, he has fostered the healing of important relationships among litigants in child welfare, family and probate cases by incorporating Native American peacemaking principles and philosophies in conflict resolution.

“I am forever grateful to the Michigan Supreme Court, the University of Michigan Law School, and now the NCJFCJ for opening this path of Peacemaking and restorative justice in state court systems,” said Judge Connors. “This path is the creation of the collaborative effort of the National American Indian Court Judges Association, the Native American Rights Fund Indigenous Peacemaking Initiative and the Michigan Tribal State Federal Forum to find common ground. This common ground greatly benefits our youth, our families and our communities. I hope all of our states will choose to walk this path together.”

“This is a great national honor that Judge Connors has received, and it is well deserved,” said Bridget M. McCormack, Michigan Supreme Court. “For many years, Judge Connors has shown a remarkable dedication to implementing tribal and community court peacemaking principles to resolve cases. In fact, his court was the first in Michigan to adopt the use of these principles, and his success in this area has prompted other states to take notice. His passion for applying justice in collaborative and innovative ways is nothing short of inspiring.”

“Judge Connors honors and respects the traditions of the tribes and tribal justice systems that provided the foundational knowledge and peacemaking principles for his court,” said Nikki Borchardt Campbell, Executive Director, National American Indian Court Judges Association. “We believe these restorative principles can be beneficial to participants when applied correctly and in the exact manner that Judge Connors has applied them in his court. His court and his approach are shining examples. We are proud of his work and his contribution to both state and tribal courts.”

Like Loading...
The National American Indian Court Judges Association, the Native American Rights Fund, and Columbia Law School offer this training that reviews foundational principles of peacemaking, peace circles, and traditional dispute resolution. While justice practitioners have been focusing on how indigenous peacemaking can help state and federal courts, this training brings the focus back to indigenous and tribal principles of peacemaking and how tribes are using and can use these methods in their own communities. One full day will be devoted to experiential training with peacemakers and notable faculty from across Indian Country.
Registration and more information available here
Peacemaking-Flyer

A conference will be held July 29-31, 2015 at the Indian Pueblo Cultural Center in Albuquerque, NM.

Day one will be devoted to discussing ICWA, its original intent, and current court cases around the country that have impacted ICWA compliance.

Day two is focused on the term “competent jurisdiction” and how it has been interpreted. Participants will discuss ways that tribes can help educate parties in the legal system to understand cultural and sovereign rights.

Day three will explore the potential for implementing peacemaking in tribal legal systems, particularly in the context of children in need of care.

The NARF Indigenous Peacemaking Initiative held a training in Catoosa, Oklahoma on October 6-7, 2014. NARF partnered with NAICJA and Columbia Law School for this training and is working on organizing future Peacemaking events.

Videos of the training are now available here.

Sharing information on the formation of and experiences with the Washtenaw County Peacemaking Court.